What will it take to enhance the skills needed to prepare Africa’s youth for the digital economy and the future of work?

Notably, digital technology is a significant driver of economic transformation, and most global industries are striving to tap this technology into their daily operations. The waves of urbanization and industrialization are also reshaping global economic order as indicated by the redrawing of the world’s business map, which is primarily characterized by digitalization. As a result, there has been increased job creation, and displacement patterns and the skills gaps continue to widen. Education systems are still unresponsive to the changes in technology, and traditional methods are still conventional. Today, so many young people are educated in Africa, yet the skills that they possess do not match the demands of the changing face of the digital economy. As a result of lack of sufficient skills, the African youth have not been able to adapt to the requirements of the digital economy.

For Africa to be well-equipped for the sake of the future of work and digitalization, it will have to endure the process of ‘metamorphosis’ by embracing change and disrupting the status quo. Africa cannot move any steps further while neglecting its youthful population which owns the majority of the digital gadgets with lots of information revolving around them. In essence, Africa is endowed with talented youth people. The government and other stakeholders need to start by building confidence in the abilities of the youth and supporting the innovations driven by young people. There is a need for the African governments to reduce their overreliance on imported technologies. It is notable that most potential innovators and inventors in Africa end up being brain drained by developed countries while Africa is left ‘barren’ regarding technology. Such instances are caused by a lack of support for the innovative youth and the absence of technologically oriented educational institutions. Thus, governments need to establish more technological institutions with a focus on technology. Current university education in the majority of the prestigious universities in Africa do not tailor their systems towards ICT, and many young people are only exposed to theoretical studies without application of knowledge and the use of problem-based learning.

Importantly, there is a need for Africa to invest in the innovative use of ICT in all its sectors through the diversification of educational programs.  Undeniably, the future of Africa lies in its education systems. There is a need for the introduction of intensive technical training, including the use of computer programming languages. The education system also needs to be expanded, democratized and made accessible to the youth. The purpose of education-based interventions would ensure that skills imparted into the youth are in tandem with the needs in the digital market.

In retrospect, by involving the youth and embracing educational reinvention, the youth would be familiarized with digital technology, and they can gain the essential abilities to learn, adapt and respond to the changing world. Addressing the challenges to the adoption of digital technology requires the use of multi-dimensional interventions most of which revolve around education and coordinated efforts from industry and African governments.

Give it a try
Post Views: 2
Categories: Essay Samples 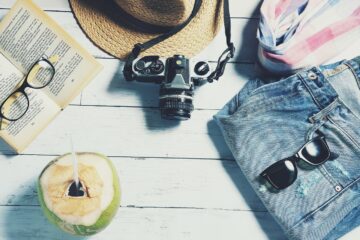 What Historical Period Would You Like To Time Travel To And Why?

Is there a Realistic Way to Re-Unite the Two Koreas?